by A Model Kit 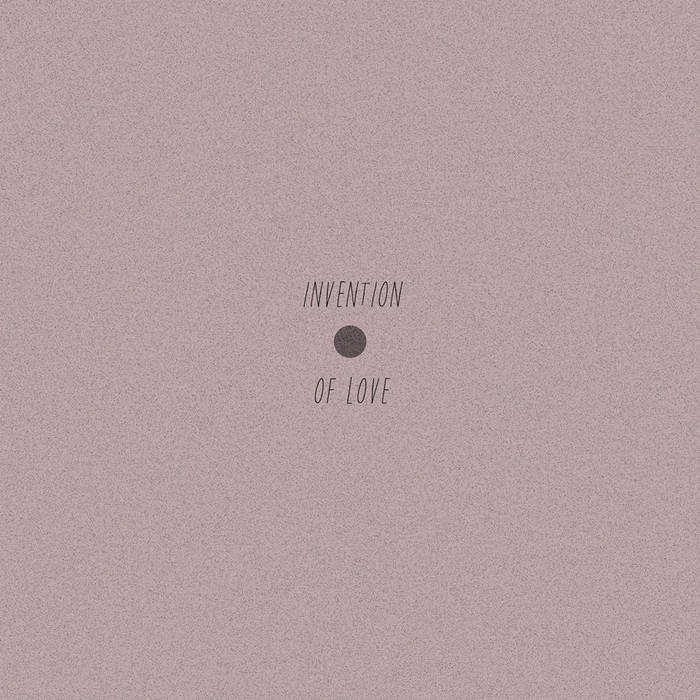 Michelle Tackabery I adore this record. It's soothing without sentiment, like facing the morning after a night filled with grief; it's like realizing the bright and beautiful moments of a childhood suffused with anguish from the perspective of an adult who has made her peace. Favorite track: In Silence We Speak.

First full-length album by A Model Kit on Hidden Vibes, following his previous "Roads For" EP and "Lights/bay" single.

Many doubtless have fond memories of putting together an Airfix or equivalent kit as a youngster. As with dioramas or even Lego, the miniaturisation of things can provoke endless fascination. A Model Kit is a wonderfully apt moniker for this Moscow-based composer, Maxim Popov; it puts the listener in a nostalgic mood before a note has even been struck – pining for the time of a less cluttered mind, a time when a whole day would seem cast in shadow by a mere errantly glued wheel or misplaced transfer.

With no prior LP (although a couple of EPs) to his name, this artist will likely be unfamiliar. Yet, somehow a first listen to Invention of Love is like rediscovering a fondly loved but forgotten toy – all at once familiar and tinged with wistfulness. Displaying further reverence to his moniker, Popov creates intricate and compact pieces that only twice stray beyond five minutes, despite their prominent orchestral foundation. Indeed, while the record is anchored to modern composition with its emphasis on piano and strings, the pieces display humbler intent than what the genre tends to offer. This is not to say that A Model Kit is a one-genre pony, however; like a diligent model maker, Popov meticulously affixes other styles to his constructions, including post-rock, electronica, ambient and even trip-hop, to create something more accurately described as modern, solo chamber music.

In various guises, drums strongly guide the direction of each piece. “Again, again, forever” carries a simple, distant rock beat that creates a post-rock layer beneath the melodic strings, but the beat changes at 2:17 to a steady, padded kick beneath a soft synth; suddenly we’re being lulled by ambient electronica. The drums are not so high in the mix as to feel intrusive, or to justify classifying Invention of Love as leaning closer to post-rock, but their mere surreptitious presence reins most pieces in from soaring through cinematic skies to a place more proximate, more intimate. The exception that proves this rule is “Polonaise in C Minor”, the album’s grandiose centrepiece and its biggest classical statement – helped by the absence of drums from its first two minutes.

As could perhaps be expected from the title, Invention of Love occasionally leers over saccharine waters – the twee violin line that starts second track “Elska”, for example. But such moments are contained to its opening third; indeed, joy or whimsy fear to even peer out from the record’s final half. As a child will grow frustrated at too fiddly a construction, so Popov seems to wax mournful at love’s complexities. “To foreign lands” might signify a departure – perhaps a farewell, and the exquisite ambience inflected by delicate piano chords indeed suggest a life in sudden suspension, before the emotional fallout in the next track, “Voltage”.

Invention of Love starts as a stirring ode to beginnings: childhood, new days, starting relationships, falling in love, but its middle becomes an elegy for their disintegration or termination. By its close, with “Lullaby for D”, some acceptance or perspective appears to have been gained. This piece is calming, and its metaphor of departed things going to sleep rather than being no more neatly bookends the innocent, childlike spirit running through this charming record.
(c) Chris Redfearn, A Closer Listen acloserlisten.com/2014/07/24/a-model-kit-invention-of-love/

This is really nice. I'm making a very gentle start today in the company of A Model Kit, aka Russia's Maxim Popov. He's got this ridiculously limited CD out this week in the world's glossiest digipak. I can see my face in it! There's a little booklet of mysterious art printed on thick textured card too. "May remind you of Sigur Ros, Olafur Arnalds and Mum," says the press release.

Popov constructs a sensitive and intricate mixture of drifty ambience and electronic beats alongside more neoclassical arrangements full of moody strings and plaintive piano. He has an interesting and varied approach, though. 'Polonaise In C Major' is fairly straightly-delivered neoclassical material with dramatic violins and only the subtlest of beats, and 'Voltage' relies on sadly plodding piano reminiscent of the 'Donnie Darko' soundtrack, but elsewhere he has an almost anarchic touch, blurring and obscuring the musicality with mysterious foggy textures, dub-echoed sample loops and woozy synth lines on 'Lights/Bay', and stretching piano sustain into a redemptive drone framework for his lush string melodies in 'Lullaby For D'.

It seems like a real labour of love, with production values that belie its ridiculously short print run. A thoughtful and very pretty album for people who like the sweeping stringy sadness and subtle electronics of people like Craig Armstrong or Chapelier Fou. (c) Mike, Norman Records www.normanrecords.com/records/148829-a-model-kit-invention-of-love-